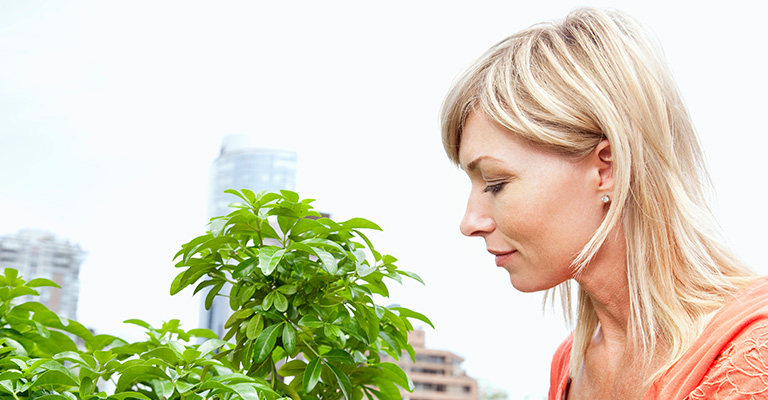 A disciplined process for rebalancing your investment portfolio is among the keys to long-term investment success. Rebalancing is designed to keep your portfolio's targeted allocation across various asset classes, and intended level of risk, consistent over time. If you never rebalance your portfolio, you're letting the market dictate its level of risk rather than being intentional about it.

For example, Figure 1 shows how a portfolio that started out as a moderate risk portfolio in 2003, with 60% stocks and 40% bonds, would have drifted to 69% stocks and 31% bonds by the end of 2007 if it were never rebalanced. That means that it had become a riskier portfolio, with higher expected volatility, just before the global financial crisis hit. The result would have been a bumpier ride than intended as stocks declined sharply in 2008 and 2009.

By the time the market reached its bottom in 2009, stock declines had caused the portfolio to drift to a 50/50 mix, with less stocks and a more conservative allocation than intended right before the market recovery began. That left the portfolio not positioned with the intended level of risk to fully take advantage of the strong returns that typically occur in the early stages of a recovery. By the end of 2013, the portfolio would have drifted to 71% stocks and 29% bonds. And by the end of 2018, it would have held 76% stocks and just 24% bonds, shifting from the intended moderate risk portfolio to an aggressive portfolio even more overweight stocks than before the financial crisis.

While that drift might seem okay in recent years during a period when stocks were generally rising, we all know that the stock market doesn't always go up. By letting the portfolio drift from 60/40 to nearly 80/20, this investor would face far more potential downside when markets pull back. These pullbacks can sometimes be sharp and brief such as during Q4 2018 followed by sharp rebounds such as during Q1 2019. Or they can be severe and protracted such as during the 2008-2009 financial crisis.

These down periods are when investors often let their emotions get the better of them; sometimes leading them to abandon their plans at or near the bottom and then be slow to get back in and miss the rebound when it inevitably comes. Identifying an appropriate mix of investments based on your goal and risk profile—and then keeping that allocation consistent over time—can help provide the ride that you intend and set you up to be able to stick with your portfolio through the market's ups and downs. It can also add discipline by taking the emotion out of the decision-making process as you work toward achieving your financial goals.

Rebalancing helps to reduce risk over the long-term

The result of disciplined rebalancing over the long-term is that it tends to reduce risk. Rebalancing can also potentially enhance long-term returns, although that is very time period-dependent. Risk is reduced because over the long-term, riskier asset classes such as stocks tend to go up in value and become more and more of a portfolio. That increasingly raises the portfolio's level of risk, with more downside potential when markets become volatile. Periodically rebalancing back to the targeted allocation helps avoid letting the portfolio drift to a higher (or lower) risk allocation than intended.

Source: Schwab Center for Financial Research with data from Morningstar, Inc. The Moderate allocation (1970-2018) is 35% large-cap stocks, 10% small-cap stocks, 15% international stocks, 35% bonds, and 5% cash investments. The indices representing each asset class are S&P 500® Index (large-cap stocks), Russell 2000® Index (small-cap stocks), MSCI EAFE® Net of Taxes (international stocks), Bloomberg Barclays U.S. Aggregate Index (bonds), and FTSE U.S. 3-month Treasury bills (cash investments). CRSP 6-8 was used for small-cap stocks prior to 1979, Ibbotson Intermediate-Term Government Bond Index was used for bonds prior to 1976, and Ibbotson U.S. 30-day Treasury Bill Index was used for cash investments prior to 1978. Indices are unmanaged, do not incur fees or expenses, and cannot be invested in directly. Rebalancing strategies do not ensure a profit and do not protect against losses in declining markets. Past performance is no indication of future results.

Asset allocation is a balancing act. In the financial world—as in the physical one—nothing happens in a vacuum. Money that flows out of one area of the market must flow into another, which means there are a lot of moving parts to consider at any given time. To help illustrate how asset class price movement leads to changes in weightings and potential rebalancing, let's take a look at a simplified example.

For this case study, we've put together a simple hypothetical portfolio (with an initial value of $50,000) consisting of four asset classes. Note that this does not represent any actual allocation made through Schwab Intelligent Portfolios, where each portfolio is broadly diversified and can comprise up to 20 individual asset classes, including cash.

Table 1 shows the initial hypothetical portfolio and the number of shares, price per share, dollar value and weighting of each asset class in the portfolio.

In Table 2, we consider how potential price movement in each of the four asset classes would change the weightings of each allocation and potentially result in a portfolio rebalancing.

As illustrated in Table 2, emerging market stocks had the biggest price move (-20%) but didn't drift as far from their targeted weighting as bonds, which had a smaller move (+10%). In this case, the change in weighting for bonds could trigger a rebalance in which bonds would be sold to bring the asset class back to its targeted weighting of 40%.

Although other asset classes saw smaller weighting changes and might not have triggered a rebalance themselves, the proceeds from the sale of the bonds should be reinvested. This would be accomplished by iteratively buying shares of underweight asset classes, beginning with the most underweight. In this example, emerging markets is the most underweight, so proceeds would first be used to buy enough shares to bring this asset class back as close as possible to its target weight. If proceeds remained after buying these shares, the algorithm would next buy international stocks because that is the next most-underweight asset class.

Schwab Intelligent Portfolios uses the power of technology along with human oversight to automatically monitor your portfolio on a daily basis and rebalance as needed. In our simplified example, one asset class triggered a rebalance, but other asset classes also experienced rebalancing trades. Importantly, while portfolios are monitored daily, rebalancing occurs only as needed when an asset class drifts far enough from its intended weighting in the portfolio to warrant a rebalancing trade. That typically results in a couple of rebalancing events per year in an average market environment. In a more volatile environment, the number of rebalancing events might be a bit higher, and in a very calm market environment it might be lower.

The objective of Schwab Intelligent Portfolios is to recommend a suitable allocation based on your goals and risk profile and keep that allocation consistent through rebalancing. It is not a strategy that uses tactical adjustments based on short-term market views to try to "beat the market" through market timing. The number of rebalancing trades will vary depending on the market environment, but the process is designed to keep your portfolio's risk profile consistent, while not overtrading based on slight deviations from targeted weights for each asset class.

The broad diversification within Schwab Intelligent Portfolios—up to 20 asset classes in any portfolio—means that implementing this rebalancing process could be complex and challenging for an individual investor trying to manually manage his or her portfolio. This is one of the areas where the power of technology shines, by allowing us to simplify the portfolio management process and make important features like rebalancing more efficient.